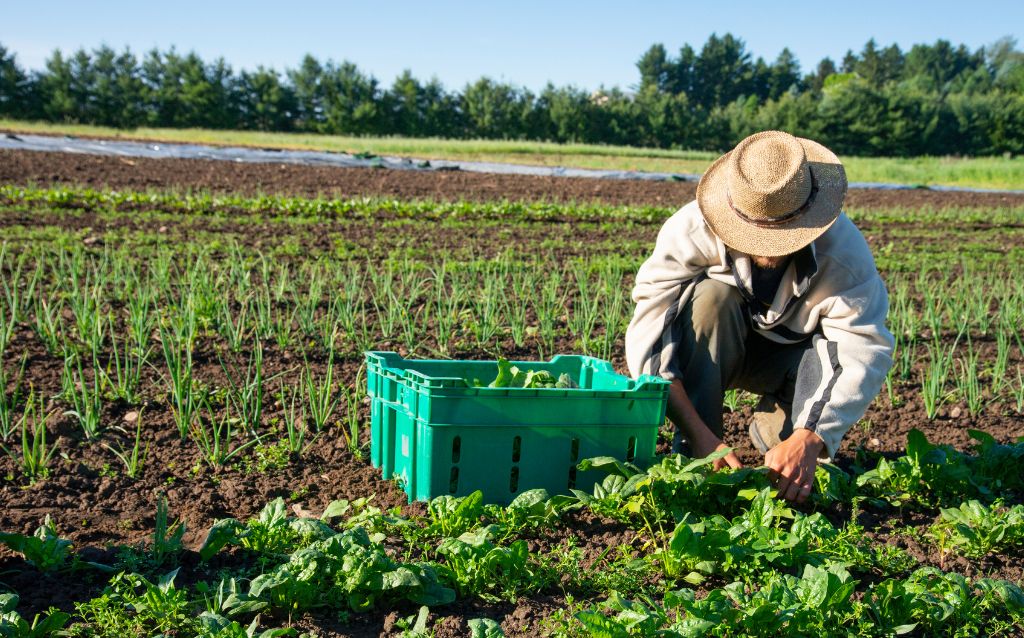 Organic food is fast becoming one of the fastest growing segments of the American food industry. However, it can be expensive and there is only limited scientific evidence to support the health benefits of eating organic products.

In fact, increasing evidence indicates that a diet high in organic products is not better for you. According to Crystal Smith-Spangler, a researcher at the Stanford University School of Medicine, an organic diet is not safer than one high in conventional products.

Is organic food really better for you?

The trend towards organic foods is increasing in the United States, and many people are beginning to believe that they are better for their health. Today, about 5% of food sold in the country is organic, and sales are expected to rise at a rate of 6% per year.

However, organic foods are more expensive than their conventional counterparts, and you may wonder if they are really worth the cost.

Although organic food is more expensive, some studies suggest it has health benefits. Eating organic foods may help prevent some diseases, including type 2 diabetes, obesity, and cancer.

Studies performed by epidemiologists at the Sorbonne Paris Cite in France suggest that organic foods may reduce the risk of various conditions, including type 2 diabetes, pre-eclampsia, and obesity. But these studies are observational, and further research is needed to prove that organic foods are healthier.

For example, chickens fed organic food had lower weight gain and healthier immune systems. Interestingly, an observational study of 623,080 women concluded that organic foods do not significantly reduce the risk of cancer.

Further, more high-quality studies are needed to determine if organic foods are better for your health.

What are the pros and cons of organic food?

Some experts believe organic food has many health benefits. It is free of hydrogenated fat and contains high antioxidant levels, which can lower your risk of developing heart disease. However, there are some cons.

Non-organic food can contain harmful chemicals and pesticides that can cross the placenta, which can cause problems for your unborn child. These chemicals have been linked to birth defects, autism, and lower birth weight.

The use of pesticides has increased by 15-fold since the introduction of genetically modified organisms (GMOs). One of the most common pesticides, glyphosate, has been deemed carcinogenic by the World Health Organization.

Is there any benefit to organic food?

Organic farms use naturally-derived pesticides, which are thought to be less toxic. However, studies have also shown that some natural pesticides have health risks.

Organic foods can be expensive. However, they are more natural and contain fewer chemicals than conventional food. It is important to eat a variety of foods to get a wider range of vitamins and minerals.

Additionally, eating more variety of foods reduces the likelihood of exposure to pesticides. Buying fruit and vegetables in season and purchasing them at local farmers’ markets is the best way to get fresher produce.

How do they keep bugs off organic food?

Organic farming practices limit the use of synthetic pesticides and additives, which can have negative effects on human health and the environment.

Organic farmers use natural products instead, called biopesticides. These contain trace amounts of mineral, bacterial, or animal products that kill insects and weeds.

Although many organic farmers use pesticides and herbicides to protect their crops from weeds and insects, these methods are vetted by the Environmental Protection Agency (EPA).

Are all organic foods pesticide-free?

That doesn’t mean you can’t safely consume organic food. You just need to make sure you buy it.

While there are some important differences between organic and conventionally grown foods, both types are high in sugar, fat, and sodium. It’s a good idea to wash your organic foods before eating them to remove any dirt or chemicals.

Organic foods are grown and processed by farmers, who follow a series of federally mandated guidelines. These guidelines address soil quality, use of pesticides and additives, and animal raising practices. Organically grown foods are just as nutritious as non-organic foods.

Both organic and non-organic meats can carry bacteria that can lead to serious health problems. Moreover, synthetic pesticides are much more harmful than organic ones, and they can remain on a food product for longer.

However, it is not clear whether organic foods are healthier than non-organic foods. Studies have found that consumers of organic foods tend to be more health-conscious, physically active, and educated. They also tend to consume more plant-based diets and eat less meat and dairy.

Those who consume organic foods also tend to consume more whole food compared to non-organic foods, and they prefer eating organic versions of processed foods because they contain less additives.

Although many studies have questioned the safety of organic foods, others have found a link between eating organic foods and better health outcomes.

Organic food consumers eat more fruit and vegetables, eat more whole grains, and are more physically active. However, these results have been attributed to other factors, including lifestyle choices.

Many organic farmers use pesticides and herbicides to protect their crops from insects, weeds, and infections. These chemicals are tested by the Environmental Protection Agency (EPA) before being approved for use in the production of organic food. Even organic produce with a pesticide label may still contain traces of pesticides.

The U.S. Department of Agriculture (USDA) defines organic food as crops grown without the use of synthetic pesticides, herbicides, or fertilizers.

Organic farms also must have a significant buffer zone around their crops to minimize contamination from nearby farmlands. Also, the livestock on organic farms must be fed only organic feed and be raised without routine antibiotics.

Some fruits, such as blueberries, are extremely high in pesticides. This is because the thin skin of the fruit allows the chemicals to penetrate into the flesh. By buying only organic blueberries, you’ll avoid the potential danger of these chemicals. Conventional blueberries contain 52 different pesticides.

Why does organic food taste different?

Many people believe that organic foods taste better than non-organic ones. They attribute this to the way organic farmers treat their soil, which results in better flavor and nutritional value for their crops.

In a recent study, Cornell University offered volunteers pairs of foods and asked them to rate them based on their taste. The results of the study found that the volunteers preferred the organic food to the non-organic ones.

This ‘halo effect’ has been promoted by the organic food industry to convince consumers to buy organic.

What happens if you don’t eat organic?

More than half of the general population believes that eating organically produced food is better for them. Only 3% believe that organic food is harmful to their health. In spite of the high price, the majority of people are buying organic foods because they believe they’re healthier.

While there is no definitive answer, many studies have been conducted to study this issue. In one study, university students were presented with two identical carrots, one organic and one conventional, and told to choose one.

Should bananas be bought organic?

Organic bananas are more expensive than their conventional counterparts. While this may not seem like a big deal to you, the cost of pesticides and fungicides accounts for over three-quarters of the cost of producing bananas.

Organic banana production is also more environmentally friendly. Despite the higher cost, organic bananas are still affordable, and many farmers and consumers alike are opting to purchase them organic.

Organic bananas have fewer chemicals and are therefore safer for consumers. Although bananas grown using conventional methods are still susceptible to pesticides, the thin skin of organic ones protects the edible part of the fruit from these chemicals.

Is it necessary to buy organic bananas?

In addition to these benefits, organic bananas have been shown to be healthier than conventionally grown bananas. In addition to being more nutritious, they are also more flavorful.

While plain water may remove some pesticides, a good scrub is even better, especially on fruit and vegetables.

In fact, a University of Massachusetts study found that washing apples in a baking soda-water solution removed more pesticide residue than washing them in plain water. The results were almost as good as washing with a bleach solution. The process took 12 to 15 minutes.

Although washing removes surface-level pesticide residue, it doesn’t remove the pesticides absorbed into the roots and plant tissue.

What is the best way to remove pesticides?

Research has shown that people who regularly eat organic produce have lower levels of pesticide metabolites than people who consume conventionally grown produce.

When washing fruits and vegetables, it’s best to wash them in water and gently scrub them with a soft brush. This is because rubbing the produce with detergent can leave behind some residue.

In addition, many pesticides have a tendency to adhere to produce surfaces and are difficult to remove under running water. Nevertheless, washing reduces up to 75% of pesticide residues on fruits and vegetables.

FAQ relating to organic food is better for you

What are organic foods?

There is some evidence to suggest that organic foods may contain higher levels of certain nutrients, such as antioxidants, but the difference is generally small and more research is needed to confirm these findings.

Are organic foods safer to eat than conventionally grown foods?

Organic foods are generally considered to be safer because they are produced without the use of synthetic pesticides, which can be harmful to human health. However, both organic and conventionally grown foods can be safe to eat if they are handled and stored properly.

Are organic foods better for the environment?

Organic farming practices aim to minimize the negative impact on the environment by using natural methods to control pests and diseases, conserving water and soil, and promoting biodiversity.

Organic foods are often more expensive than conventionally grown foods due to the higher cost of production and lower yields. However, the price difference can vary depending on the type of food and where it is purchased.

Is it worth it to pay more for organic foods?

Whether or not it is worth it to pay more for organic foods is a personal decision that depends on individual values and priorities. Some people may be willing to pay a premium for the perceived health and environmental benefits of organic foods, while others may prefer to save money by purchasing conventionally grown foods.